Full-term (adjective): A pregnancy that lasts for the normal amount of time, around 40 weeks in humans*

Do you know what’s become weird? How strange full-term newborns look to me now. I look at newborns and I think “oh, that’s a big baby!” or “oh yeah! that’s what babies look like”. It’s because I’m so used to seeing Summer.

This morning I saw this meme, which made me laugh, as it completely sums up what I’ve been thinking for a while now: 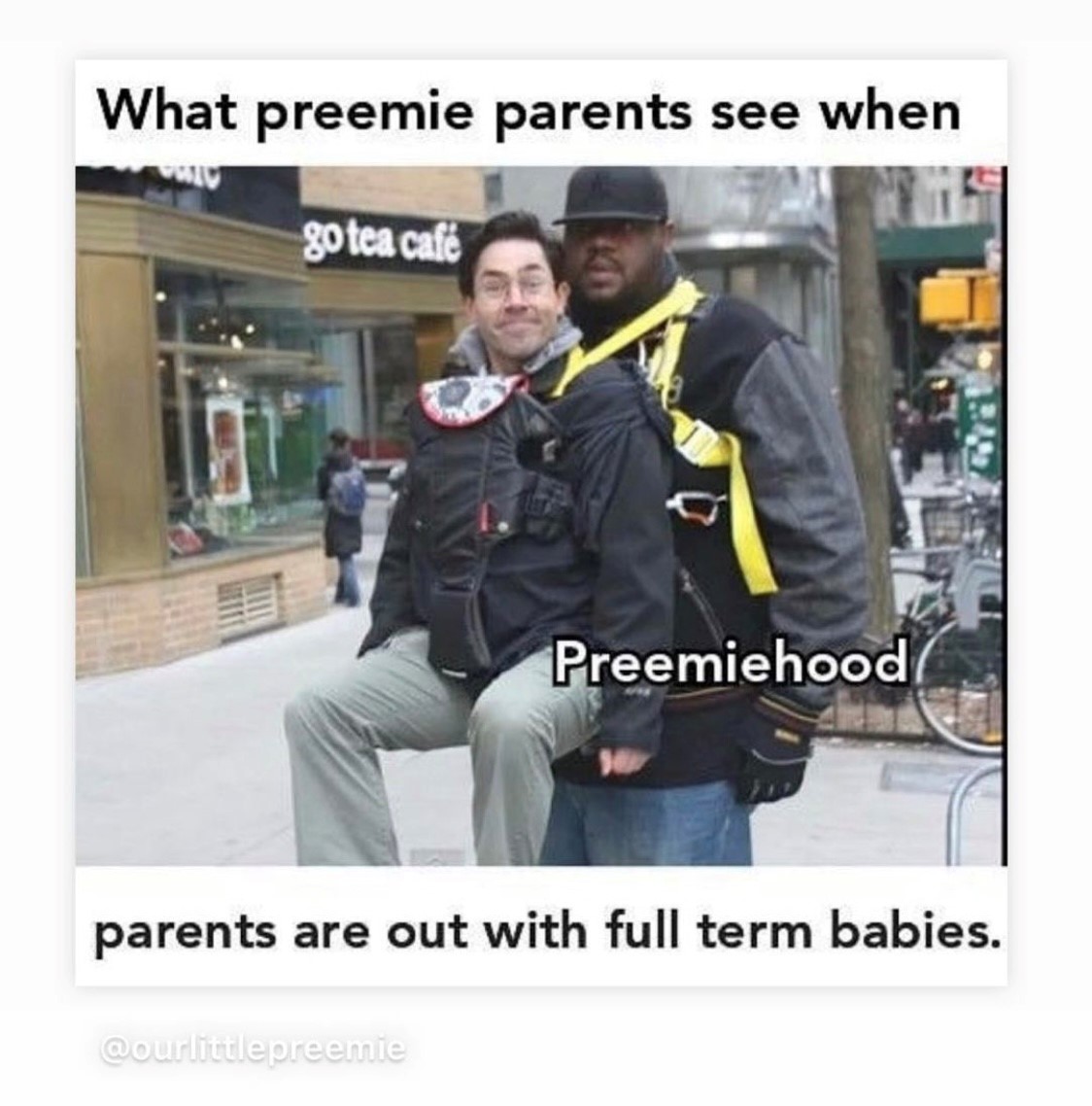 In my head now, babies should fit in the palm of your hand, I know that sounds weird, but it also means I’m normalising her (get your rulers out, Summer was 22.2cm from crown to heel).

When I was told that I would have to give birth to Summer, I was afraid to see her. I had googled ‘babies at 19 weeks’ and I was scared. I really did think that he or she would (bruth:) look like a little alien and that I’d be traumatised from it, so I had decided not to see her. When she was born alive though, that plan changed and I’m so pleased that it did.

I’m obviously totally biased, but Summer was really cute. We have some pictures where she’s pouting and some where she’s smiling. James will tell you, I was obsessed with her knees. They were the cutest little knees. And thighs actually. Women always hate their thighs (I was told that you grow into them at age 23 – I’m now days from 35 and that lie still stands), but hers were perfect. I have a photo, zoomed in, on just her knees and just her thighs.

I’m not saying everyone should google premature babies (heck, I’m really not sure what I’m saying), but when people ask me what we can do to normalise baby loss, I would consider adding something along these lines.

Last week, a colleague asked to see a photo of Summer (she sends me photos of her children, when I’ve asked in the past) and then she commented on Summer’s fingers and chin, and well, it meant a lot. I really appreciated that.

Now, not everyone will want to share their photos (I’ve not put any showing Summer’s features on this blog – you’ll only find the top of her head and her hand and footprints, but that’s so we can control who has and hasn’t seen the photos of our daughter), but if you know bereaved parents in real life, showing a desire/willingness to see their baby, may be something they will appreciate. They have a birth story too, don’t forget, and they had a baby that was wanted and loved (I would heavily caveat this suggestion by saying, please use your judgement here. Perhaps asking close family and friends is ok, but always make it clear that you don’t expect them to share their photos and do not get offended if they choose not to).

Something else that helped me (again, it’s personal to the individual) was when a friend sent me her birth announcement and asked if I wanted to see a picture of her newborn baby. When she did, I thought: “Oh that’s not Summer, that’s a much bigger baby”. It helped to disassociate the two – her baby, my baby. I’ve not yet felt sad around anyone else’s babies / newborns as I’ve always been aware that they’re not my baby. Mine have never been a full-term baby in my head yet – we never got that far.

A few months after Summer died, our friend R – who would’ve been one of Summer’s Godmothers – sent us a little doll. She saw it and said she thought it was how Summer would have looked in Once Upon a Summer. It was such a lovely thought and I cried and cried. It was just (stupidly?) the first time I’d ever thought about how much long, dark hair she one day would have had.

A family member recently said she pictures Summer as she would be now, four months old (i.e. if she’d arrived on her due date), perhaps now sitting up. She asked “do you do that?” and I replied “no, for me – at least for now –  she has always been as she was, when I saw her last”. Our beautiful little micro preemie.

* N.B. I pushed publish on this blog, did a little count and realised it’s exactly 40 weeks since Summer was born. How’s that for a perfectly timed blog? No wonder all this full-term malarkey is on my mind.