Skip to Content
Home Memories “They Will Help Us Now”

Anniversary (noun): The date on which an event took place

Today is one year since we found out that was I pregnant with Summer.

We had just got back from a super active holiday in Jordan (well, James and I actually call them “travel adventures”, since the word “holiday” implies some modicum of relaxation!).

We had been camping in the desert, clambering up rock bridges with huge drops, precariously navigating the pitch black in order to find some good spots to watch the sun rise, hiking up high and off the beaten path for peaceful sunsets, reverting to the bare basics in an ecolodge and unexpectedly walking for hours on end, armed only with bars of Snickers (we always get carried away! A “let’s just quickly pop out before breakfast” inadvertently turned into a 10 hour walk around Petra – haha!). Basically, we were uncharacteristically reckless as we had no idea I was pregnant. Thankfully, Jordan was a relatively tee-total country.

When we got home, I had the back-to-work blues and was due to be meeting a friend for drinks the next evening. I woke up in the morning, and thought I’d do a quick pregnancy test to rule out pregnancy (as I often did when planning to have a few drinks): I’ve never had regular periods, but I’d regularly had negative pregnancy tests. Not this time though, it was positive. We laughed about how robust the baby must already be, given how much s/he had endured in Jordan.

After telling James the happy and surprising news, one of the first things I said was:

That sounds sad, but I was calm. It gives you an inkling into pregnancy after loss. Despite the elation, it was still unavoidably tainted; almost immediately tinged with caution and worry, the assumption that things may go wrong, rather than right.

When I started writing this blog post, it was to have a little rant. Earlier this week, I received a call from the recurrent miscarriage clinic. Because we have had three losses (two first-trimester losses followed by a second-trimester loss), we are now able to have some medical investigations (for completeness: one second-trimester loss alone would have triggered the same investigations). So my referral was made to the clinic in May. The lady on the phone said she wanted me to come in, in two weeks time, for blood tests and a scan, then there would be a follow-up in 6 weeks to review the results.

Thankfully we’ve done all this already, so my December appointment will now be the review and a management plan going forwards (The lady said “Oh, you’ve had your blood tests. Ok, you just have to wait to get pregnant now”). Is that it? Blood tests and a scan? Basically, we put so much hope and faith into the follow-up clinics and in reality, they can’t do very much at all, it seems.

If that’s all it is, I wish I had flipping known this back in March. We have waited all this time. It just seems madness that they make families wait so long, for so little. I wanted to make the point about how angry I was and how useless my:

“They will help us now”

thought was. The timelines and my subsequent thoughts have been frustrating: Summer died in March and investigations start in December? And it takes 6 whole weeks to review the results? Just for them to tell people that everything is normal?!

Which is why what was started as a rant, has turned into an update. I gave ten samples of blood and I already had the results for the first nine:

Yesterday, James and I had the final blood test result. And I wish that the news was the same as the result:

This was a very specialised test that we were unable to do via the NHS and had to wait on the results for. I don’t want to say much more, because we really know so little about what this means (and I don’t want to inform incorrectly). But I will update you once I’ve had my follow-up review in a couple of weeks. What we do know is that the mutation I have is something that has been linked to increased risk for pregnancy and worse pregnancy outcomes.

I feel relieved that we’ve found something, hopeful that this might explain what happened previously, concerned about what this means for future pregnancies and relatives (as what they’ve found is genetic, inherited from both my parents) and frustrated at myself for not finding this all out sooner i.e. I should have “investigated” after our first loss – all it was, was a blood test. More than anything, I’m desperately hoping that it’s something that can be managed going forwards and that I was right, after all:

N.B. To end on a happier note for a Sunday night, I thought I’d share some photos from last year’s carefree ‘family’ holiday in Jordan – Summer was here, we just didn’t know it. It serves as a reminder that we weren’t always as sad as this, but similarly that what you see on social media doesn’t always depict real life. Although what I choose to depict now, is much less glamorous, it’s much more important. 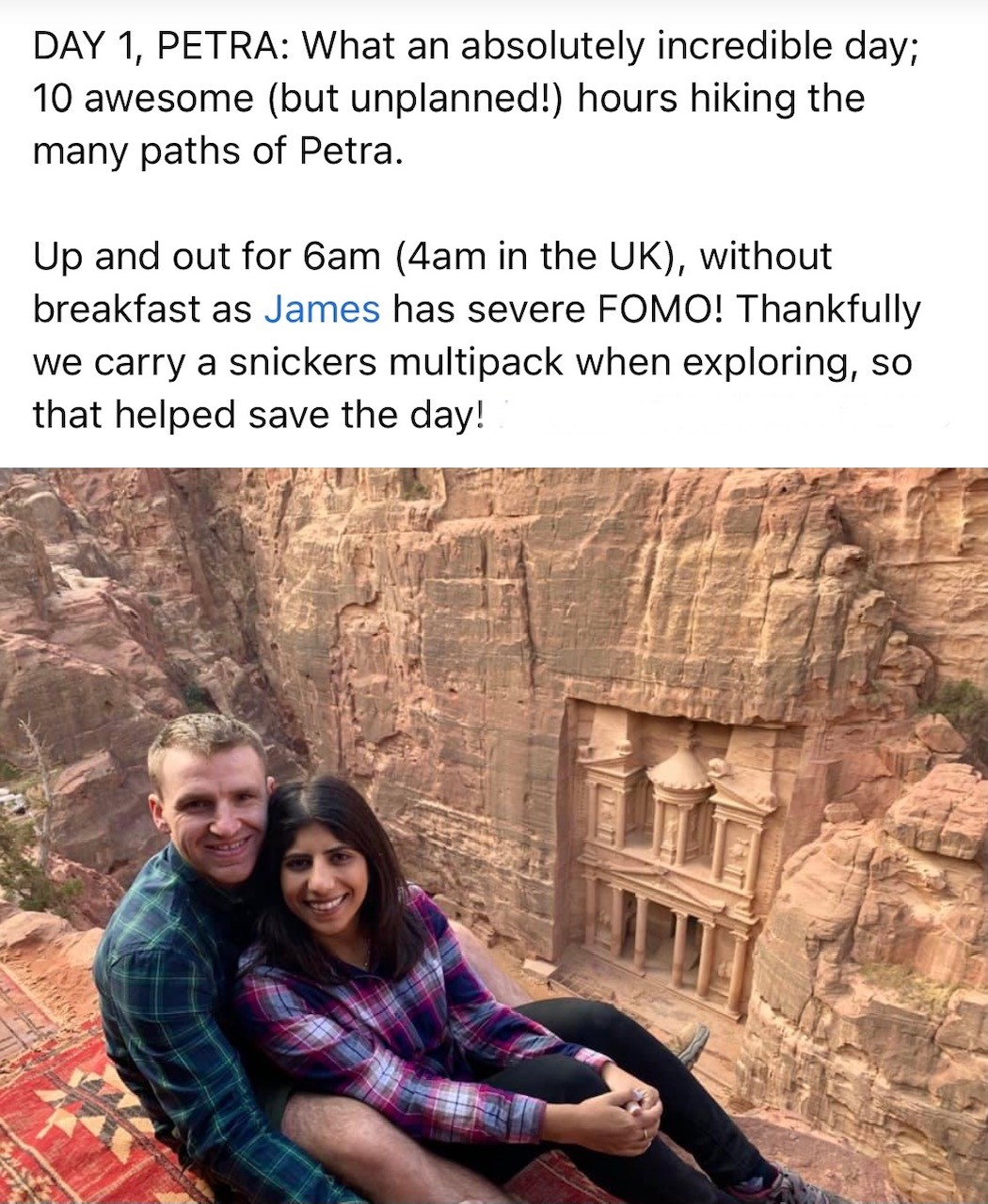 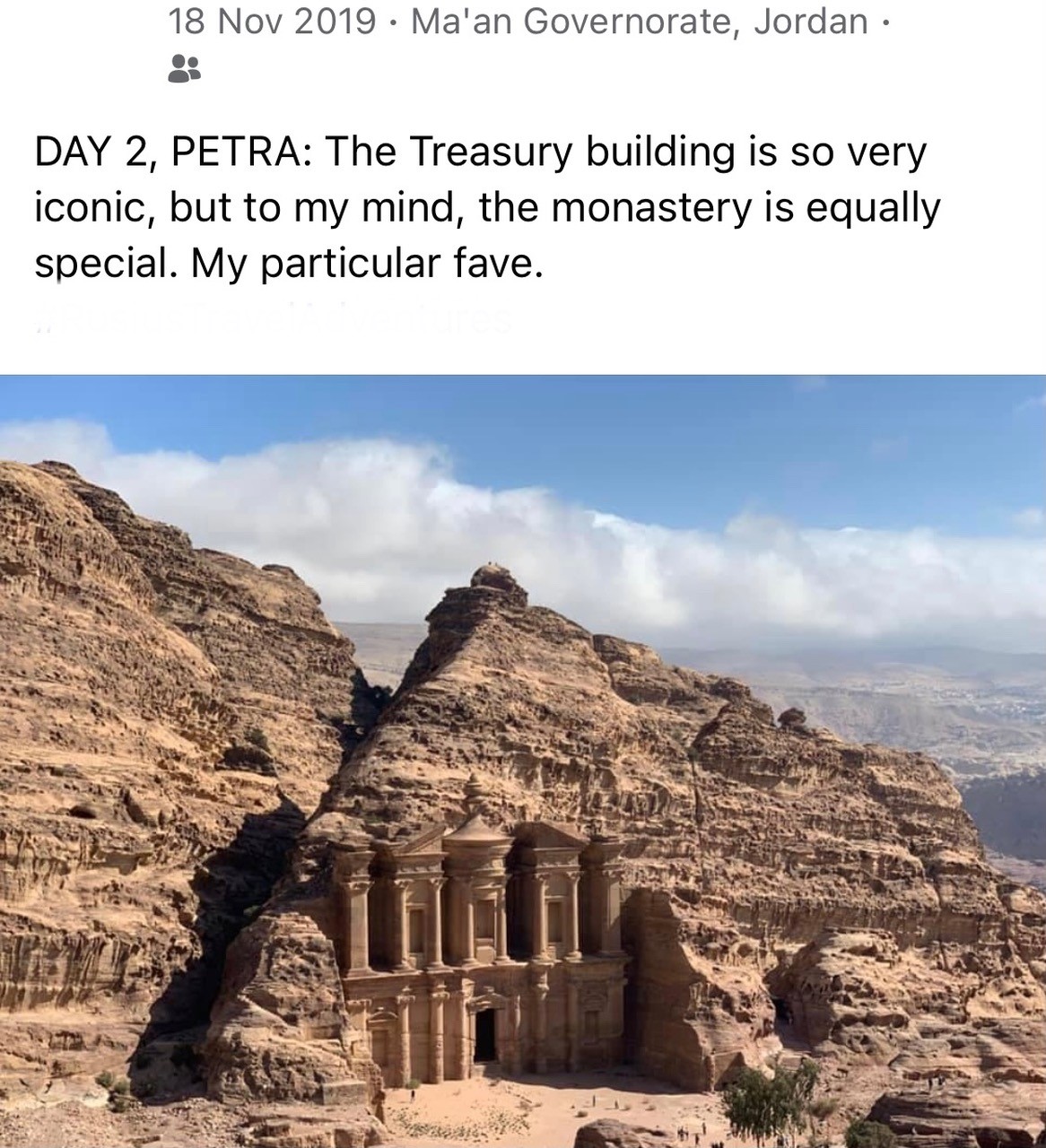 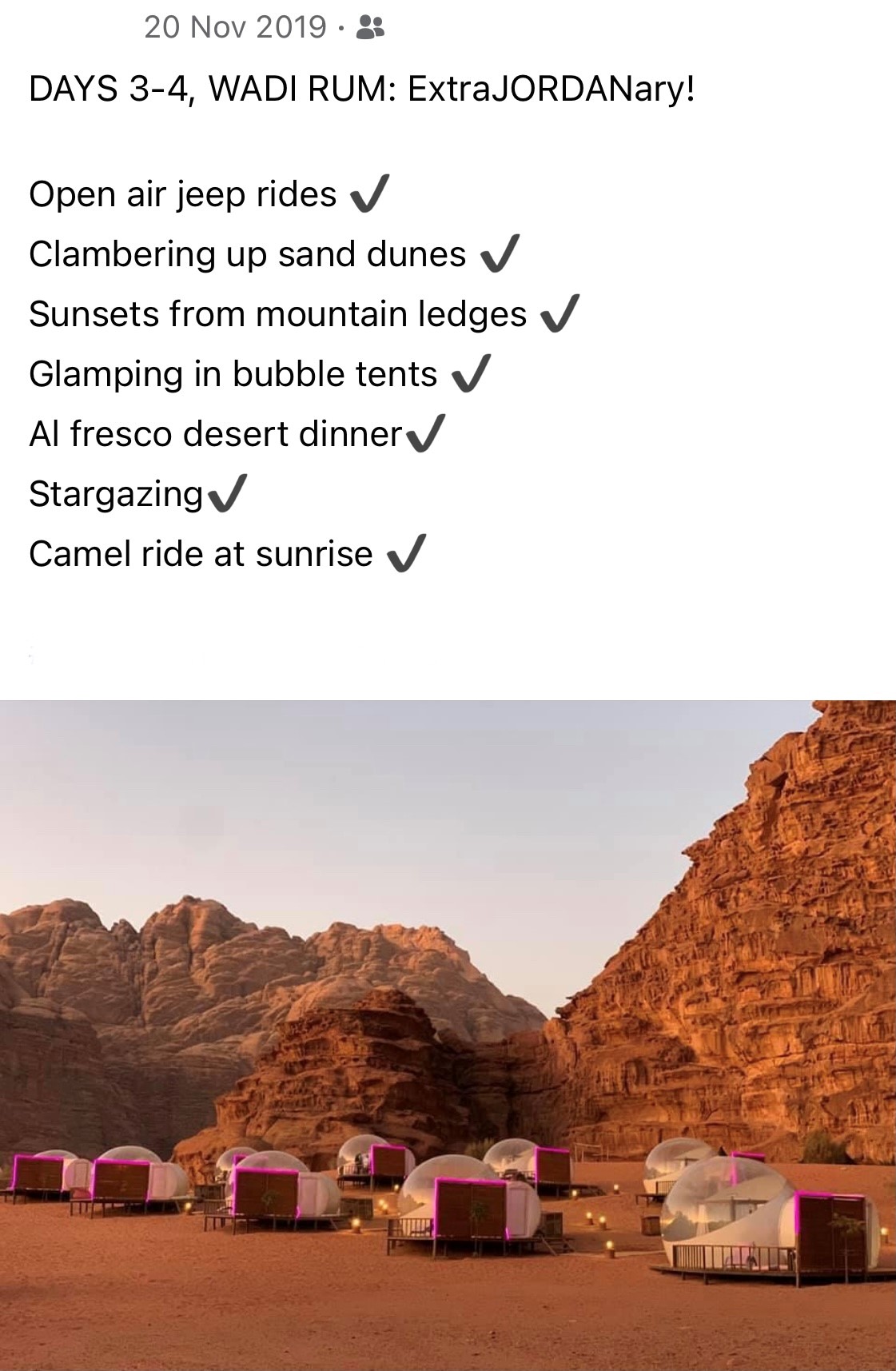 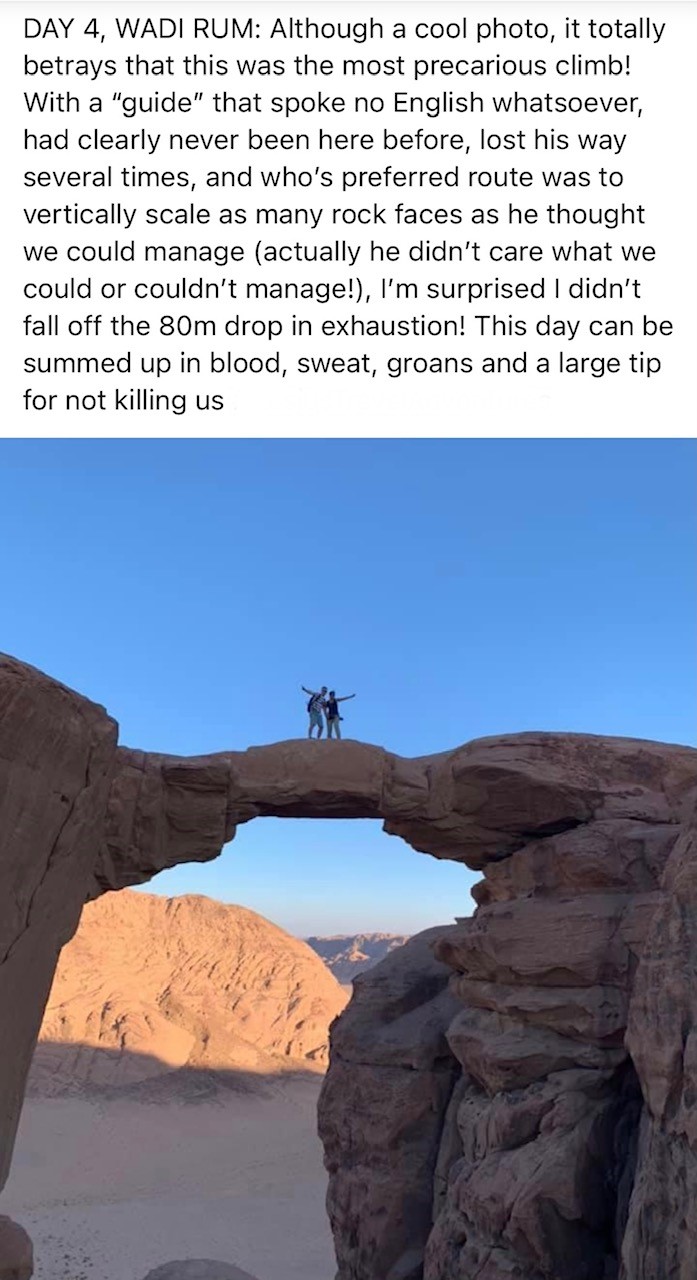 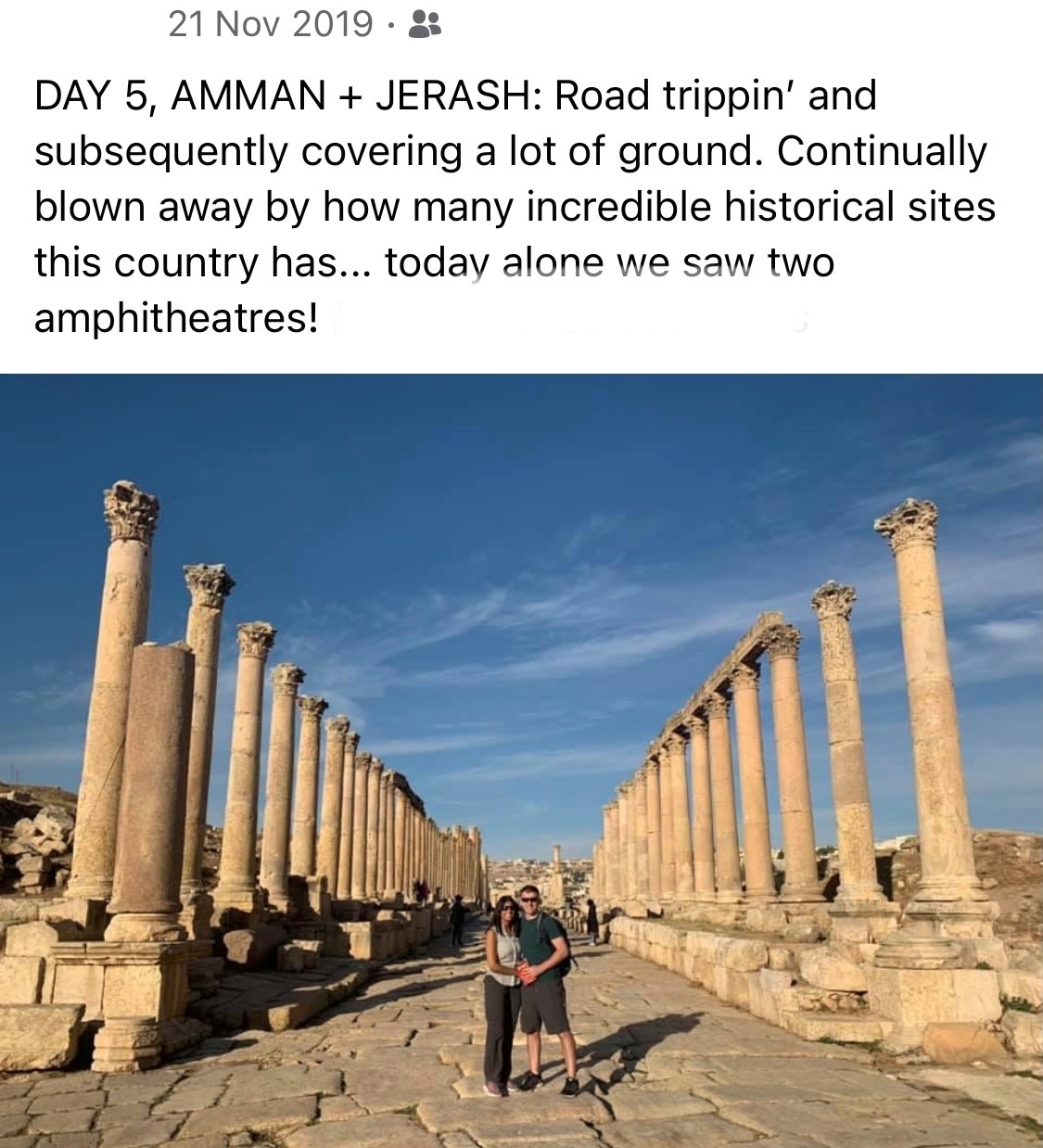 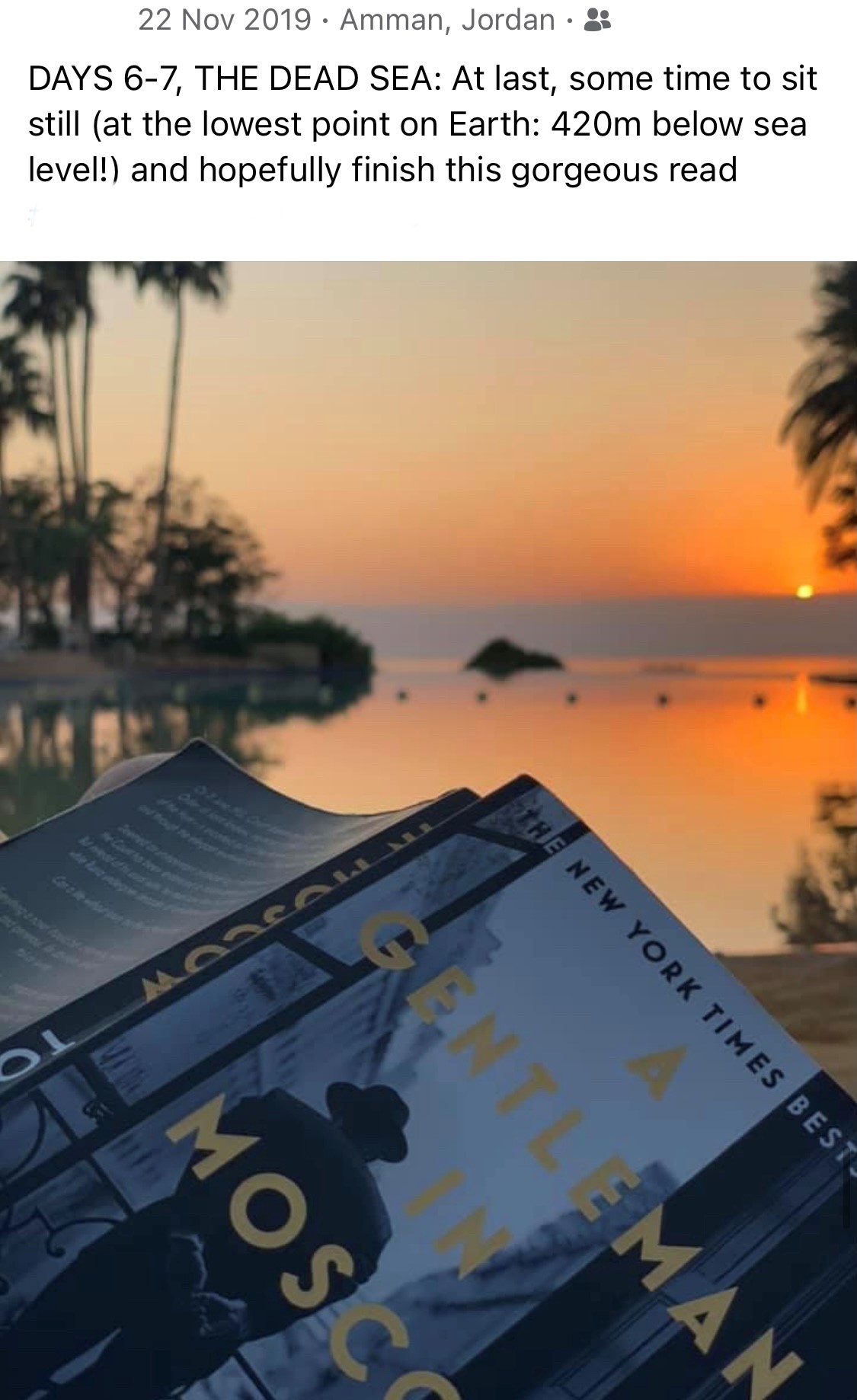 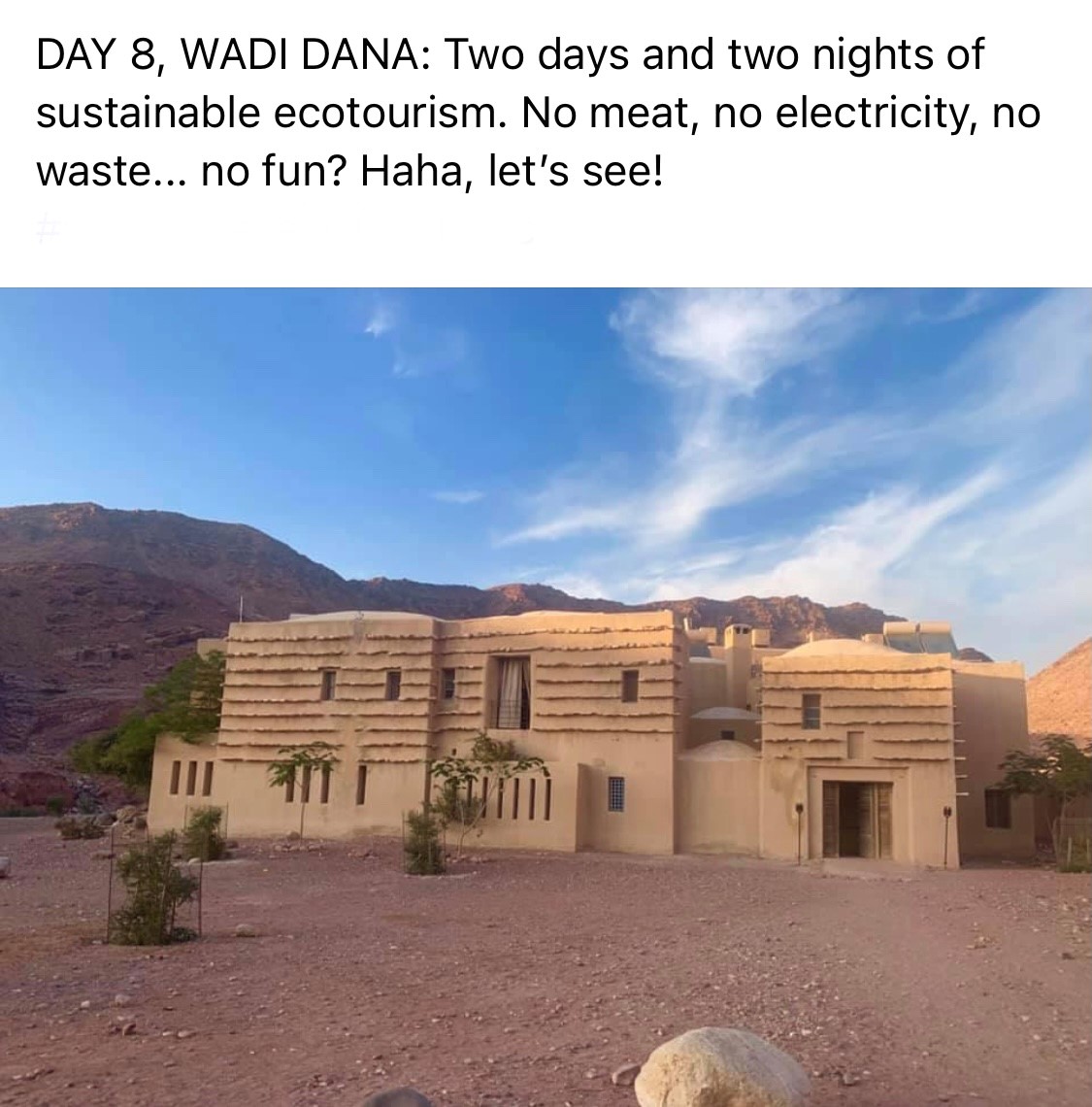 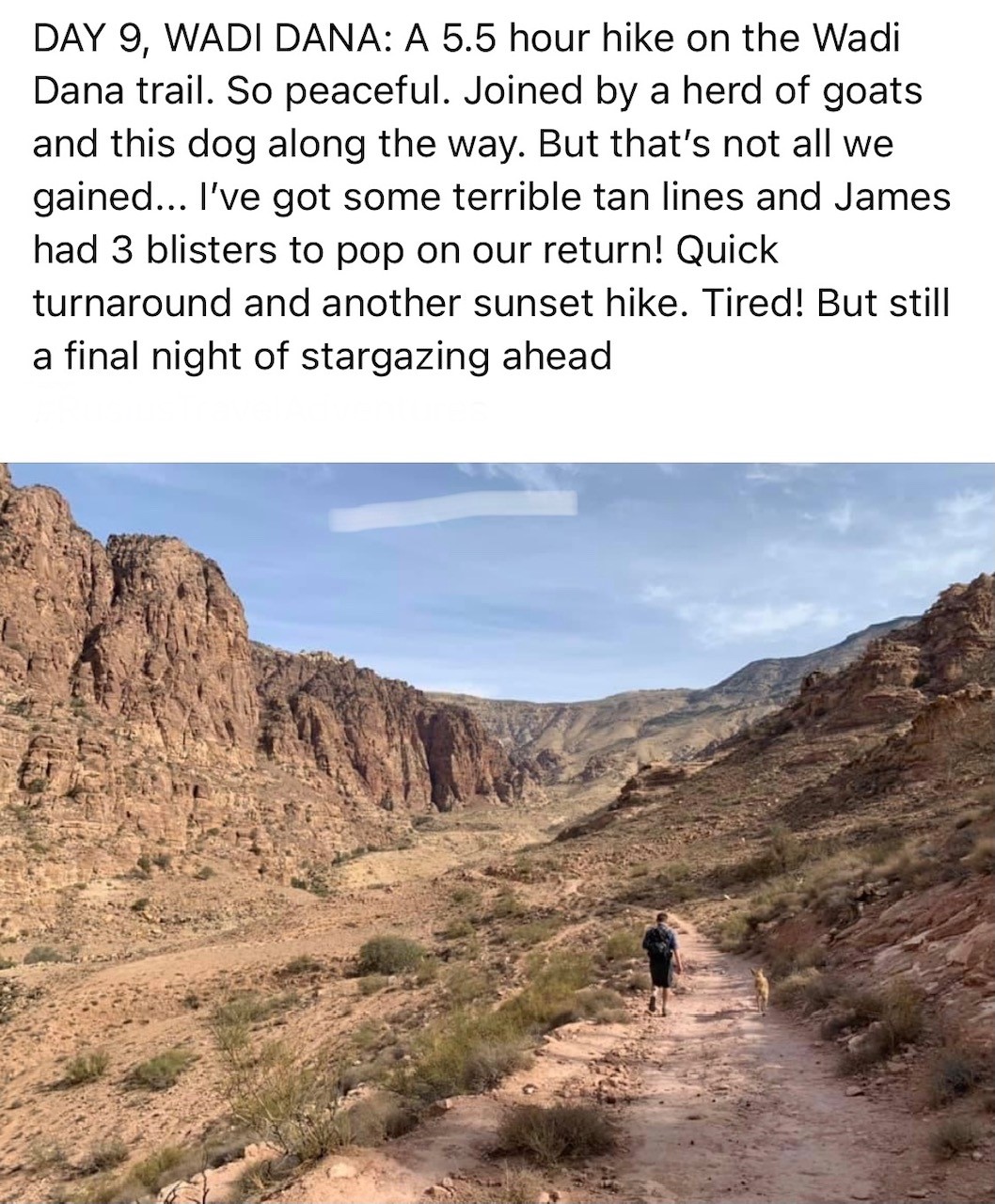 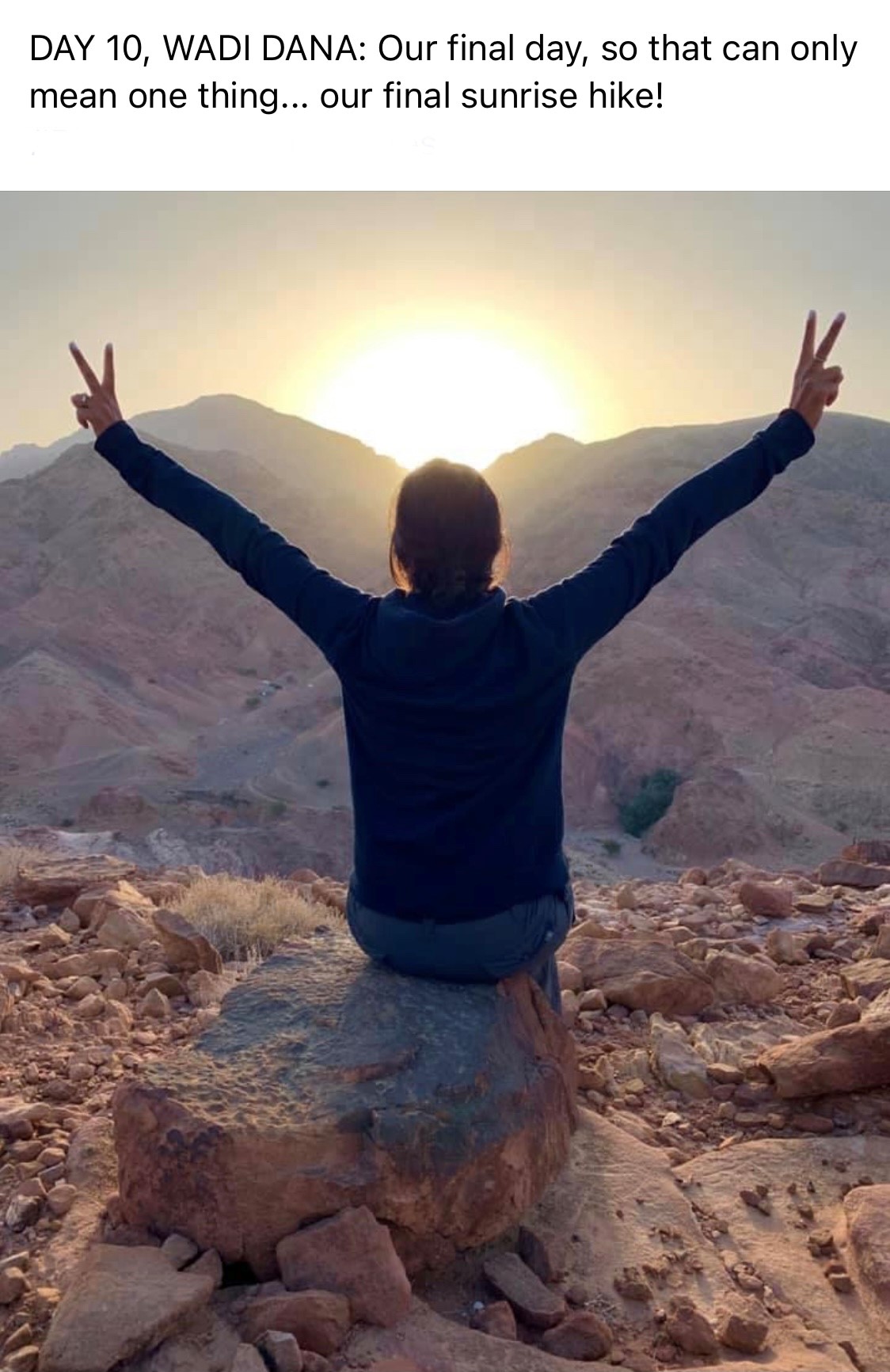 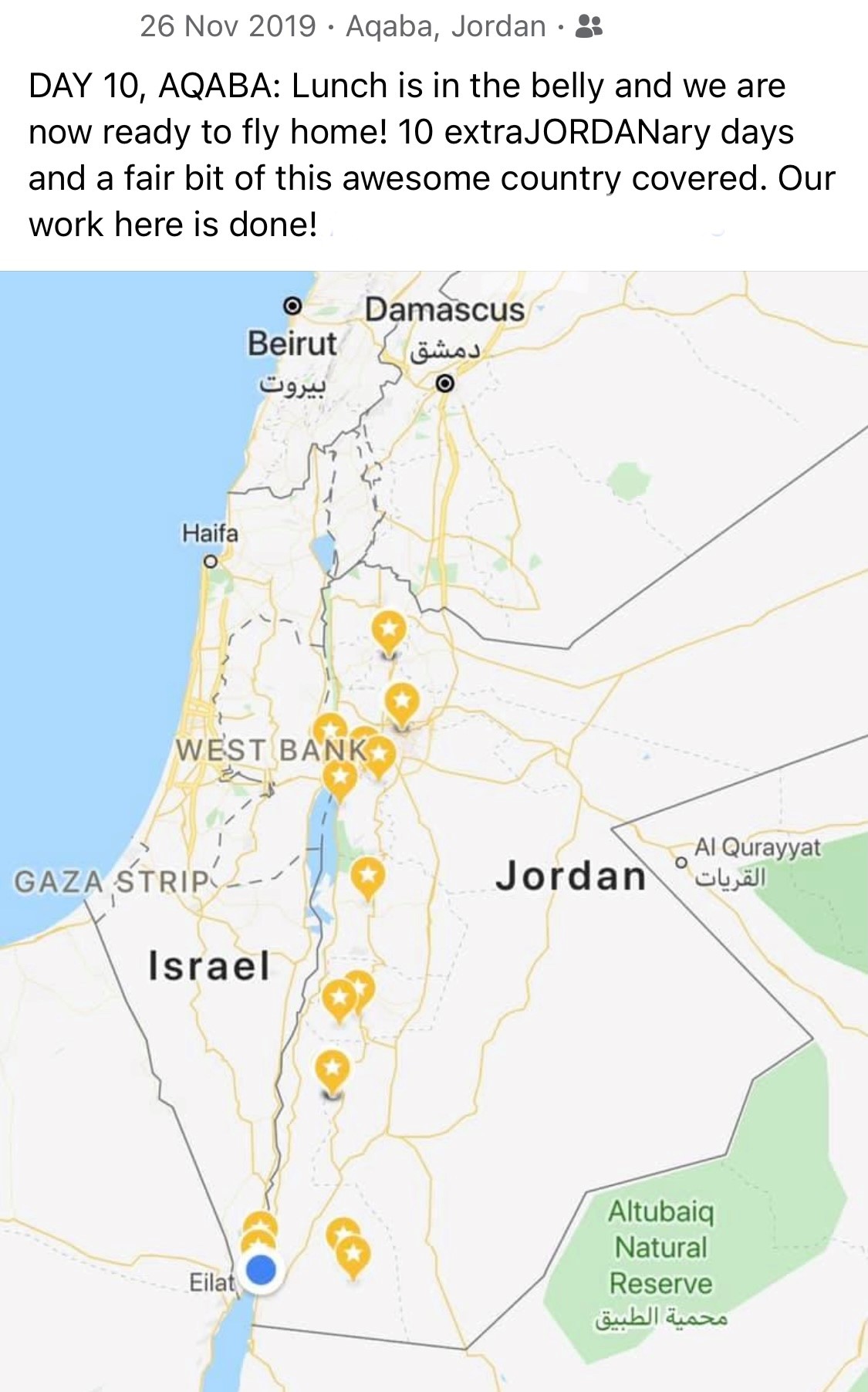